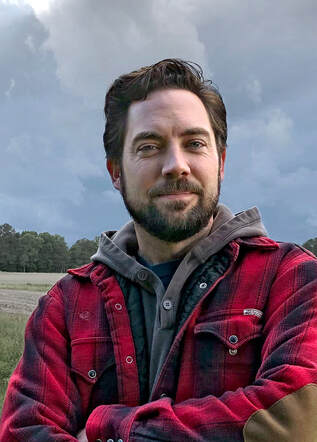 Scott Gates is the author of Hard Road South, published by Blue Ink Press. He is a magazine editor and a second-generation communicator for rural electric cooperatives. He holds a Bachelor of Arts degree in Communications from Auburn University and a Master of Arts degree in Journalism from the University of Colorado in Boulder.

Scott grew up in Montgomery, Alabama, and currently lives in North Carolina with his wife and three kids, where he enjoys a slower pace of life and reliable barbecue options. He and his brother share perspectives on Southern culture at incidentalist.com. 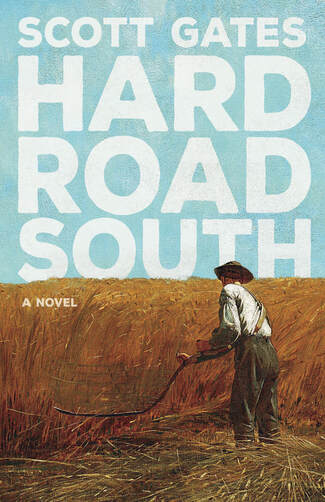 2022 Feathered Quill Book Finalist - Debut Author
The Civil War is over. Soldiers have returned home, and families have begun to piece   their lives back together. But for Union Army veteran Solomon Dykes, there is no kin waiting; his Connecticut home holds no promise. He hopes to make a fresh start in Virginia, where he can farm a piece of land and start a family.

But the contentious times don’t favor such ambition.

Dykes settles near Jeb Mosby, a Virginia native farming his family’s land near the town of Middleburg. Under different circumstances, the pair might have been fast friends. But with the community still reeling from the stinging defeat of the war, all Northerners are cast under suspicion. Dykes is no exception.

Mosby finds himself torn between his faith in humanity and an allegiance to his small town, while Dykes begins to doubt his future as a farmer and finds himself drawn to the cause of the newly freed slaves.

The battlefields may have cooled, but passions still run hot in this turbulent era of societal change. Both Dykes and Mosby learn even the smallest actions can carry far-reaching consequences, sending each on a collision course with tragedy.
BUY LOCAL at Page 158 Books
CONTACT
Scott is available as a speaker for writing workshops, covering topics such as the writing process, editing tips and engaging an audience on digital platforms.