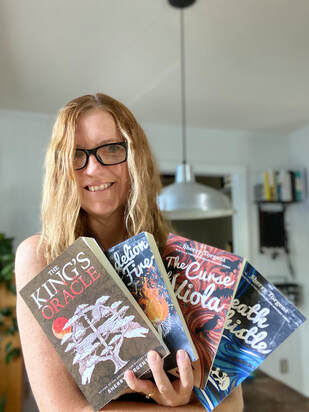 My books are for young adults and young at heart. The Greene Island Mystery Series trilogy  is Stranger Things meets The Hardy Boys and Nancy Drew. There's suspense, murder, supernatural powers, and a girl with a computer eye. The first book in the series, Dandelion on Fire, won a national award - first place (And do I dare drop that I beat out a guy that used to play guitar for Blink 182? Yep. I should mention that.) If you prefer fantasy, The King's Oracle is a medieval, apocalyptic thriller for those who love swords, shapeshifters, mysterious creatures, love/hate romance, battles, and a dangerous quest.

I'm making my middle grade debut with The Fantastic Order of Odd Travelers in September 2022. 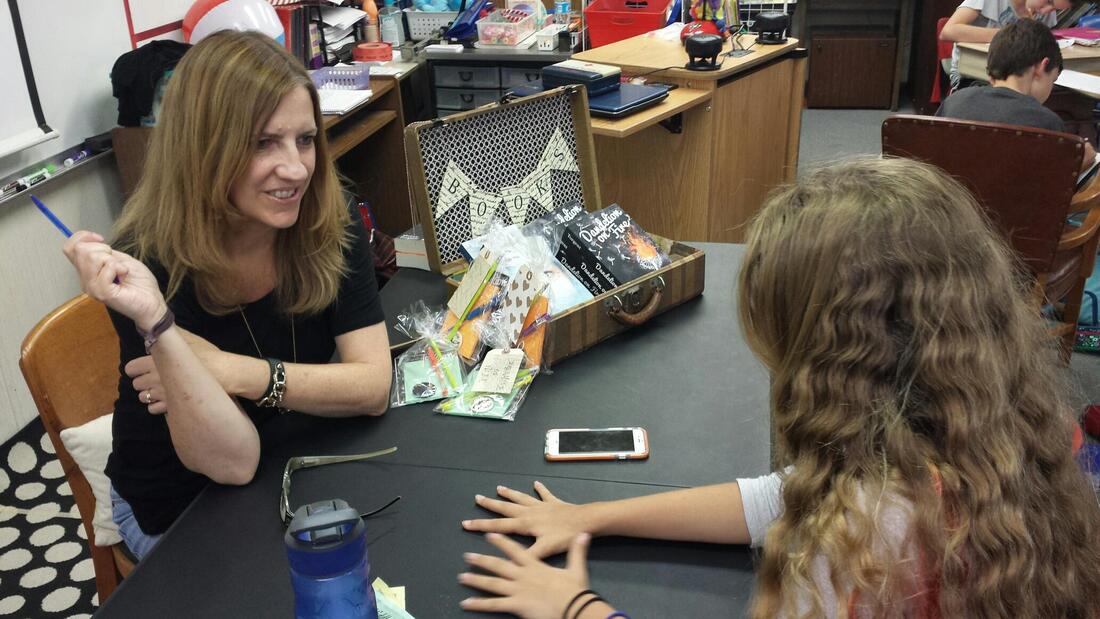 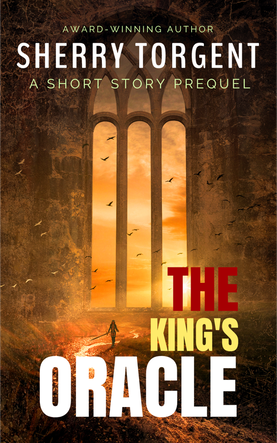 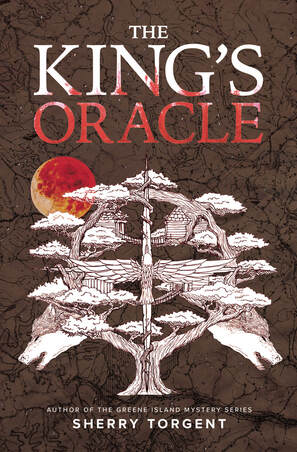 The Great Destruction has left the Kingdom of Ferran devastated and divide.
The people of the eagle—the Alrenians—have sought safety in the trees, while the people of the wolf—the Uluns—struggle to survive on the toxic ground. But as resources grow scarcer, both factions must face their impending ruin.

When Wynter, a lowly Alrenian transporter, becomes entangled in a kidnapping scheme, she lands right in the hands of the enemy—the heir to the Ulun crown, Gideon. Driven by an obscure oracle of a past king, Gideon is desperate to save his people, and Wynter is just the pawn he needs in his quest to find Isidor, the land prophesied to be untouched by the Great Destruction.

As their worlds collide, Gideon and Wynter must decide whether they will continue on the destructive paths of their predecessors or embrace a destiny of unity. What follows is a quest more dangerous than either of them could imagine. 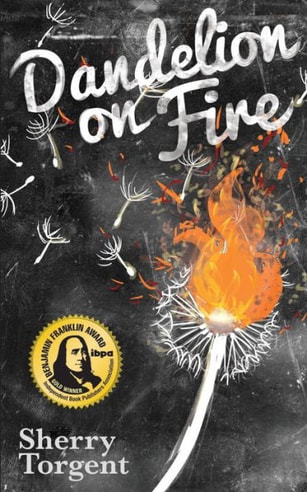 Everyone knows the legend--Greene Island is cursed. 17-yr-old Hardy Vance doesn’t care about curses. All he wants to do is graduate from high school and head to college on the mainland. But Hardy has a knack for finding trouble. When he gets stuck doing community service with a girl that has a secret, their lives quickly become entwined in a murder mystery that leads straight back into the island’s dark past and the dreaded Curse of Viola. It's up to Hardy and the supernatural abilities of his friends to uncover the horrible truth using the only clue left behind. A dandelion seed. Dandelion on Fire is a new addition to the great magical realism of William Ritter and Robert Beatty. 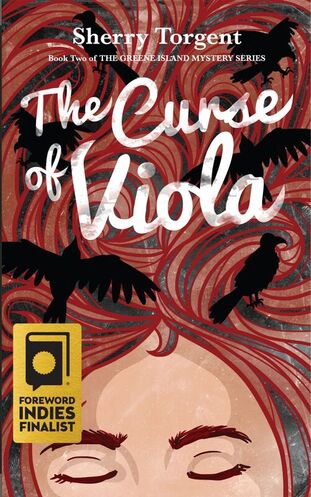 Hardy is beginning to expect the unexpected. He can see dead people, after all. But when the spinning wall of light opens up on the whiteboard on his first day of class at Ellery University, his worst nightmare becomes a reality—someone in his class is dying, and he’s the only one who can do something about it. Then there's the girl with the red hair and striking green eyes. Emma. She's way out of Hardy's league, yet she's planted herself next to him in class. Was it just him, or did she feel the same strange connection between them? When students at EU start getting sick, fate quickly throws Hardy and Emma together, and they embark on a journey into Greene Island’s past. Has Viola returned, bringing her curse with her, or are there other dark forces at work? When long buried secrets are resurrected, Hardy and Emma will find themselves face-to-face with The Curse of Viola, and the consequences are more serious than either of them ever expected. Book 2 of the Greene Island Mystery Series - A supernatural thriller 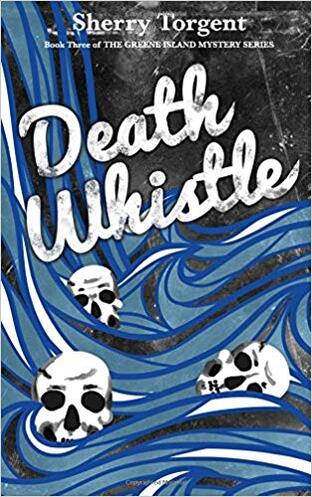 The Curse of Viola tore Hardy’s world apart. Now he’s ready to put the past behind him and rebuild his life. But a demon lurks in the shadows…and it carries the curse. When Hardy and Darcy discover the Secret Society of Hunters book, they’re drawn into a perilous quest to Skull Island in search of an ancient dagger. Armed with their supernatural abilities, Hardy and his friends unite to stop the curse once and for all. But Asia has a hidden agenda, and in the end, her secret could destroy them all. Join Hardy and his friends for the heart-stopping final installment of the Greene Island Mystery Series. 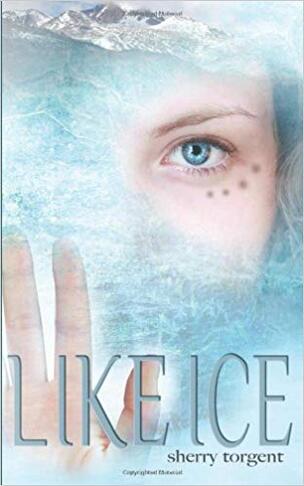 Raz Wynn is an Ice baby—part of a human race genetically altered to colonize a cold planet where survival dictates everything. But another colony lives in the warmth of the underground. The Kommons. The unaltered humans. Abandoned by their mother country on Earth, the two colonies stand at odds over who will ultimately inhabit the planet. When Raz discovers the unfathomable sacrifice her colony expects her to make in order to secure the future of her race, she does the only thing she can do. Run.
buy on-line